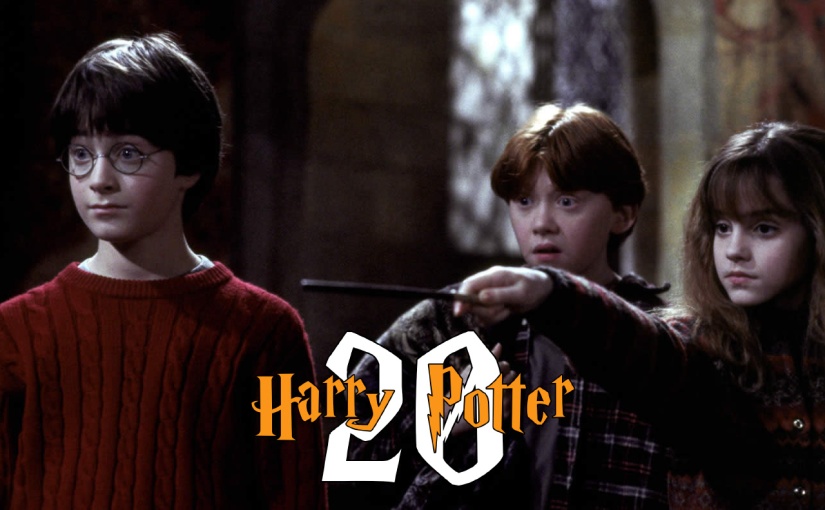 HARRY POTTER 20, THE END IS THE BEGINNING, & MISKATONIC UNIVERSITY

Booze & Books and Little Bookworms celebrated the 20th publication anniversary of J.K. Rowling’s Harry Potter and the Philosopher’s Stone (aka Harry Potter and the Sorcerer’s Stone in the U.S.) a HARRY POTTER 20 brunch screening series. Over three months, Potterheads of all ages saw ALL eight films on Nitehawk’s big screen as we highlighted this much beloved wizard’s evolution from the written page to cinema stage.

Tee-shirt giveaways courtesy of Out of Print.

THE END IS THE BEGINNING
January 2017
A selection of classic films that reveal the story’s ending right from the start.

Inspired by Billy Wilder’s Sunset Boulevard, this brunch program looks at films that open with the last scene. Rather than being the ever-dreaded “spoiler,” knowing how the story ends in these movies provides the audience with a unique privilege of being a narrative insider. Featuring four films by some of cinema’s best directors, the series launches with Wilder’s Hollywood noir Sunset Boulevard and continues with Quentin Tarantino’s episodic Pulp Fiction (on 35mm) where the beginning and end are one, the foreboding suburban mid-life crisis in Sam Mendes’ American Beauty, and the fantastical horror of war for a little girl in Guillermo del Toro’s Pan’s Labyrinth.

Inspired by H.P. Lovecraft’s short story “From Beyond,” the collection of films in MISKATONIC UNIVERSITY reveal horrifying, parallel worlds that exist, and haunt, our everyday reality. From the camp to the classic with some unexpected inclusions, the month-long BOOZE & BOOKS series also shows the enigmatic writer’s profound influence on horror film, perhaps even as much as Edgar Allan Poe, and how the mystery of what lies beneath is a forever intriguing topic for the genre.

Read the essay MISKATONIC UNIVERSITY:  Parallel universes, lurking monsters, and the void on our blog.

Giveaways courtesy of Out of Print and Narragansett. Nitehawk’s Drink Special for the series is the Temple Sticke Altbier from Narragansett’s Lovecraft Series.